Your Pet Can No Longer Get A Tattoo in NY

Your Pet Can No Longer Get A Tattoo in NY 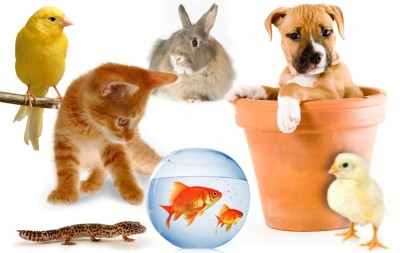 Is it animal cruelty or showing your pet that you love them? Some acts that you do to your pet may seem completely normal, but to some they may be uncomfortable. Dressing dogs up, for example, is a fashion statement among many pet owners. Other owners may have a small house for them to sleep in as opposed to a simple doggy bed.

Having a pet does bring its unique challenges. In this case, they would have their dog tattooed or pierced. It sounds almost unreal, but people do it for all kinds of reasons.

Yet, being able to do this freely is not expected to stay around much longer. Governor Cuomo is expected to sign the bill into law. The law was passed by the New York Senate and Assembly that will ban people from having their pets tattooed or pierced.

The issue was first introduced in 2011 by Assembly member, Linda Rosenthal, but was brought up again this year after a Brooklyn tattoo artist posted a controversial photo on Instagram of his pet pit bull.

People may feel that this is a medical necessity, but it is not and animal rights groups are pleased that the issue is being addressed. Animals are creatures that help us in a time of need or bring us joy, yet are being banned from places like the circus. Similarly, there are exotic animals living right here in New York City. In the end, animal issues are always going to have two sides of every story.

So is this right or should pet owners be allowed to show their pet and others some kind of affection through tattoos and piercings?

Inventors: Time to Get Paid!