YOU CAN ELECT THE NEXT PRESIDENT!

YOU CAN ELECT THE NEXT PRESIDENT!

ON NOVEMBER 8TH, 2016 – THE LATIN COMMUNITY WILL HAVE A CHANCE TO MAKE A CHANGE

The time has come for Barack Obama to step down as President so it’s vital that as a community we unite to elect a candidate who not only has the ability to steer this country in the right direction but one who also has the immigrant community’s best interest in mind.

The top contenders in this year’s race for the presidency include Senator Bernie Sanders (D, VT), former Secretary of State Hillary Clinton (D, NY), Senator Ted Cruz (R, TX), and business mogul Donald Trump running as a republican. Each candidate has based their campaigns on topics such as gun control, women’s rights, and immigration which begs the question of, what can the future President of the United States do for us? 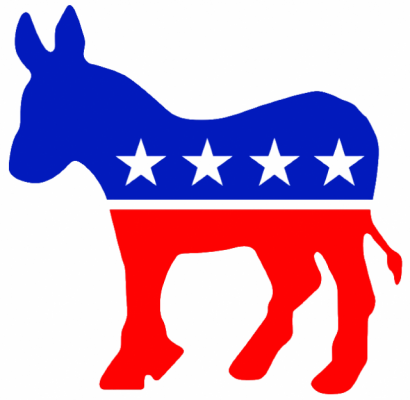 Once in office Sanders has plans to employ an immigration policy that modernizes border patrol, reforms the visa system, and a humanitarian parole that would unite families of previously deported immigrants. The Sanders Administration also looks forward to ending any ambiguity that allows racial profiling by federal authorities towards immigrants and closing for-profit detention centers which hold up to 34,000 immigrants on any given day.

As Senator, candidate Sanders has also shown a voting record supporting immigrant labor along with protecting illegal immigrants who seek and receive medical treatment from being reported to the authorities. He also voted no on declaring English as the official language of the U.S. government in hopes of deterring the social phobia of foreigners.

The first 100 days as President is a time in which swift action is taken on many political fronts, as a staunch supporter of immigrant rights over the years of her political career Hillary Clinton has a set agenda for her administration. As president, Hillary will support legislation reforming comprehensive immigration, focus on detaining individuals who pose a threat to public safety, and work with refugees seeking asylum in the United  States.

Clinton is among the candidates with the most political experience, not only was she Secretary of State during the Obama administration from 2009 to 2013 but she is also a former Senator. As senator she cosponsored the DREAM Act, which gives undocumented students who grew up in the United States a chance to further lend to the nation’s growth, in 2003, 2005, and 2007.

As a man of Cuban heritage Senator Ted Cruz’s stand on immigration is one of the most important to inform ourselves on. As a candidate he has highlighted the need to secure the country’s southern border and if elected president he has established that he will begin to address the illegal immigration problem by completing the wall that would extend 700 miles along the U.S.-Mexico border. He also looks forward to adding detention centers and providing additional support to ICE through local government on an as-needed basis.

In the past Senator Ted Cruz has supported passing Kate’s Law, which prevents illegal immigrants from reentering the country once removed, and has helped lead Republicans against legislation passed by the Obama administration such as the attempt to pass amnesty.

During his campaign Trump has made headlines several times by speaking out controversially on the topic of immigration. As president he would like to begin by building a wall along the U.S-Mexico border by fining Mexico heavily or making them pay all together. He also plans on deporting any and all Syrians already in the country and preventing any from entering afterwards. His plan also outlines tripling the amount of Immigration and Customs Enforcement agents as well as ending birthright citizenship.

Primarily a businessman, Trumps intentions of joining the presidential election as a republican candidate were hastily pushed to the side until his campaign took off by winning the New Hampshire primary and by being unapologetically blunt in his rallies. He has no previous political experience but has a vast amount of knowledge in building and running a casino empire.

Keeping each presidential candidates position on immigration in mind the Latin community must arm itself with knowledge and use the power we hold in numbers. Our future lies in our hands and together we can make great steps by voting for the right candidate on November 8th, 2016.