VIDEO: Zack de la Rocha — He Told You So

VIDEO: Zack de la Rocha — He Told You So 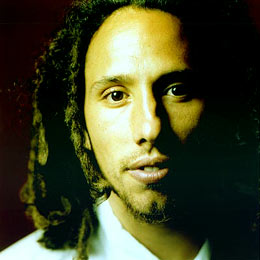 Today, the Associated Press has finally taken notice of a man whom we in the rock community have long admired & respected: Zack de la Rocha.

For years – nay, decades – de la Rocha has been calling for the collective heads of those who would abuse their political power to oppress the lower-classes, minorities, and women. The entire Rage Against the Machine oeuvre is, in fact, built upon the very premise that, despite the best efforts of various revolutionaries throughout the decades, The Man is still very much alive and well, and willing to arrest & kill you while you lay in a state of somnambulist reverie: everything from “Bullet in Your Head” to the epic “Bulls On Parade,” has de la Rocha demanding that the listener wake up and pay attention.

Consider, for example, the following video for “Bulls on Parade”: does it remind you of something that’s going on now…politicians getting bought and sold, war-mongering in the name of financial interests, hegemonic power trouncing everyone underfoot?


And de la Rocha’s words – and video – in the equally-powerful “People of the Sun” is remarkably prescient when you consider today’s issues going on in Arizona:


Keep in mind: the landmark album Evil Empire was released on April 16, 1996 – almost FIFTEEN YEARS before the  racist, mind-blowing Arizona immigration laws made their way into the collective American consciousness. At the time of its release, the album reached #1 on the Billboard charts, but its two primary singles – the above-mentioned “Bulls on Parade” and “People of the Sun” – didn’t even crack the Top Ten. While the rock community lauded de la Rocha – the grandson of a Sinaloan revolutionary who saw the struggles of his grandfather represented in Mexico’s then-burgeoning Zapatista movement – mainstream critics sniffed that Rage Against the Machine’s songs were “too violent” and “too incendiary.” Rage Against the Machine’s concerts were quasi-religious experiences for its participants (take it from someone who was there on more than a few occasions), but their near-riotous nature caused untold amounts of agita for various law enforcement officials, who responded with their own brand of violence against the attendees (which, thereby, proved de la Rocha’s point, however unwittingly).

Even Latinos didn’t seem to pay much attention to de la Rocha’s prescient words – though de la Rocha, as has been mentioned, is Mexican, the high-profile Latino journalism community didn’t make any great strides to accept him – or Rage – or throw their support behind his causes (collectively, they were gaping at Jennifer Lopez’s big booty – “let’s get loud” was OK for J-Lo to say, but too “radical” for de la Rocha to say, apparently). Sure, Rage received support from the more radical, political-leaning Latino journalists…but that was only de rigueur, and before Glenn Beck et al could abuse the meaning of the word, the few Latino journalists who did support de la Rocha were dismissed as “socialists” (though not for that reason alone).

Now, with Arizona’s racist laws in full effect, de la Rocha is being regarded as the visionary that he was (and indeed, still is) by all people – by both the mainstream general market press and the Latino press.

To prove his point, de la Rocha has announced that proceeds from Rage’s Friday night concert in Los Angeles will go to benefit organizations that are currently fighting against Arizona’s law.

This isn’t the first time that de la Rocha has declared his disgust with the new Arizona immigration laws. Last May, de la Rocha enlisted dozens of musicians – among them Joe Satriani, Cypress Hill, Kanye West, former System of a Down frontman Serj Tankian, and Rise Against — to join The Sound Strike as an open call to boycott the state of Arizona over its recently passed immigration law.

Since then, Latino artists of various stripes have signed on to de la Rocha’s cause, and their names should be familiar to longtime readers: Norteno superstars Los Tigres del Norte, Colombian rock singer Juanes, salsa-ska band Ozomatli, and Puerto Rican reggaeton duo Calle 13.

And to prove that Zach de la Rocha is simply made of awesome, when he’s not doing his duties in Rage Against the Machine, he’s involved in a project (with The Mars’ Volta’s former drummer Jon Theodore) called One Day as a Lion…whose name derives from an infamous black and white graffiti photograph taken by Chicano photographer George Rodriguez in 1970, with a caption reading “It’s better to live one day as a lion, than a thousand years as a lamb.”