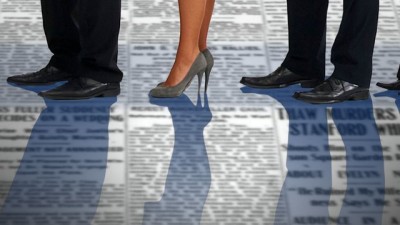 Based on data gathered in September, the statistics show that the national average of those who identified as Latino the unemployment rate has dropped to 6.9%. Back in August, the unemployment rate among Latinos in the country stood at 7.5%. What this decline tells us is that there is a 0.6% decline between the two numbers and it is something that could be a sign of good things to come.

To break down the percentages into numbers, back in August an estimated 1.9 million of Latinos were unemployed which has decreased to 1.74 million in September. Meanwhile, the Bureau of Labor Statistics statistics show that 23.7 million Latinos are employed with people aged over 16 now working in this country.

“The Labor Department and the Obama administration are working harder than ever not just to create more jobs and accelerate growth, but to strengthen the middle class and build an economy that works for everyone,” said Department of Labor Secretary Thomas Perez, on the manner of unemployment decline for members of the Latino community.

In August, the rate of unemployment for Latin men stood fell from 5.9% to 4.8% in September. For Latin women, in August the unemployment rate for them stood at 8.1% but fell to 7.2% in September. The rate declined was felt mostly among Latino men and women who are over the age of 20.

“Latino employment likely benefited from payroll gains in several key industries where Latinos are overrepresented as a share of the workforce,” reported the National Council of La Raza on the unemployment decline trying to shine some light onto it, “Employment in residential construction, where Latinos represent nearly one-quarter of the workforce, rose by 6,200 last month. Administrative and waste service grew by 59,800. Latinos make up one-quarter or more workers in this industry group.”

Within this country’s civilian labor force, 25.4 million Latinos are employed—including those who are employed and those who are not—meanwhile there are millions who have yet to enter or take part at within civilian labor employment showing the potential of employment of Latinos could be on the rise. If Latinos continue to become employed, the increase could become beneficial for building the country’s economy.

With the recent decline, Department of Labor Secretary Perez is still hopeful the Latino community will continue to rise since the current 6.9% rate is a level not seen since May 2008.

“Six years after the near-collapse of the U.S. economy, we have come a long, long way. The new foundation for growth is in place,” said Perez, “The challenge now is to expand opportunity further, to help more people benefit from this recovery, and to ensure that prosperity is broadly shared.”

In-addition to the unemployment decline for Latinos, the Department of Labor Statistics also notes that the poverty line rate within the Latino community has also fell by 2% from a year ago.

While the news of the unemployment rate among Latinos declining is in fact good news, there are some issues regarding Latinos within the workforce that still needs to be address: Latinos being able to acquire a four-year education; Latinos being able to attain employment without the persecution or discrimination of being labeled an immigrant or illegal citizen or delinquent because of their last name; and Latinos attaining wage that supports a livable lifestyle. The decline of unemployment is a good start, but there is still a-way to go.