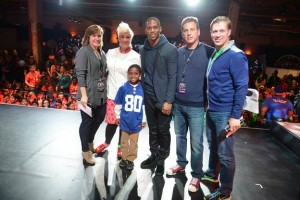 In an effort to prepare young Americans, Time Warner Cable (TWC) and the Boys & Girls Club of America (BGCA) have announced a collaboration that will try and help prepare American youth for their future and become more interested in science, technology, engineering and math—(STEM)—subjects through an innovative summer program.

Launching this summer the BGCA will begin a new program called the “Do-It-Yourself STEM”. The program is aimed at getting young Americans throughout the country interested in STEM subjects through interactive and innovative methods. And thanks to a $500,000 donation from TWC the program will be able to do just that.

“We are proud to partner with TWC on this exciting STEM program for our members,” said Jim Clark, President and CEO of BGCA.

In association with their “Connect a Million Minds” (CAMM) initiative, TWC will support BGCA’s DIY STEM program in hopes of furthering their goal in addressing the declining proficiency in STEM subjects amongst American youth.

In a 2013 study released by the Program for International Student Assessment, it was shown that among a worldwide list the United States ranked 31st in math and 24th in science. With such low rankings in two of the STEM skills that are crucial for the future among American youth TWC and BGCA allied together to help the future generation of Americans compete successfully in a global economy

“Time Warner Cable believes in getting kids excited about STEM because having the next generation skilled in these areas is critical for our country’s continued success,” said Rob Marcus, Chairman and CEO of TWC. “We are very proud to partner with BGCA and support a new program that will help their members reach their potential by becoming inspired by the world of STEM.”

The program will be available to all members of the BGCA, and the DIY STEM program’s curriculum will engage Club members aged 10 to 18. Each week a different strand of STEM subjects will be presented to the students in interactive and innovate ways.

“The DIY STEM program features project-based learning activities to introduce Boys & Girls Club members to engineering design and energy conversions as they construct common items such as speakers, light bulbs, water filtration devices and bottle rockets, to name a few,” said Danielle Johnson, Director of Academic Success and STEM at BGCA. “Members will grow their own rock candy in food chemistry explorations, and compete as they try to take Coke and Mentos Geysers to new heights as they test variables that effect geyser altitude.”

Also, with the donation made by TWC, the TWC will provide grants to 10 BGCA Clubs in the New York City and New Jersey area. With these grants the clubs will be able to run the DIY STEM program in-addition with a DIY family night where families can take part in seeing what their children and BGCA staff have been doing.

The partnership between the two also has some celebrity support.

Back on CAMM Day, which was held on February 1st of this year, professional football player and BGCA alumnus Victor Cruz and Food Network Chef Anne Burrell took part in the announcement held at TWC Studios in New York City.

This will be one of many partnerships between footballer Cruz and TWC. Cruz also takes part in TWC’s “STEM for sports and “Enjoy Sports Better” initiatives.

The DIY STEM program promises to have fun, hands-on activities that correlate with STEM subjects—like learning about the science behind how popular TV shows and networks run and other fun STEM-based activities—the venture could be the necessary steps to show American youth the importance of STEMsubjects and how they can be fun rather than merely demanding.

“BGCA is committed to preparing globally competitive graduates for successful 21st century careers,” said Clark, describing how TWC and BGCA are deeply motivated in educating our American youth. “and this new program will enable Club kids to unearth STEM concepts through fun, hands-on activities and explore the jobs of tomorrow.”