The Power of Education: Latino Student Graduates on the Rise in the Country

The Power of Education: Latino Student Graduates on the Rise in the Country 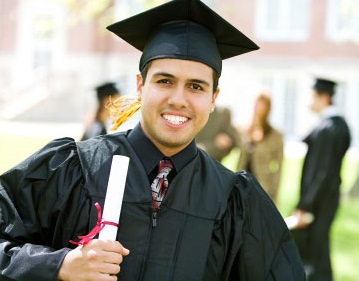 In the country, the national graduation rate has reached a record high of 81.4%, and the reason for this large number is due to the increasing graduation rate among Latinos and other minority students living in this country.

According to reports released by America’s Promise Alliance (APA), Everyone Graduates Center, and the Alliance for Excellent Education over the last decade an estimated 1.8 million students have graduated from high schools across the country. The increase of high school graduates may be due in part to initiatives aimed at stressing the importance of what an education can provide to students.

Back in 2010, APA launced a campaign known as GradNation which was aimed at decreasing the drop-out rates of students by becoming more active within students’ lives as well.

According to reports, the improvement in graduation rate among Latinos is due to the number of high schools deemed “drop-out factories” within low income areas declining and becoming more effective in furthering the education of Latinos. The estimated number of The Latinos attending schools that were once labeled “drop-out factories” has dropped 15%.

Among Latinos who are considered low income, new information shows that over the past three years the graduation rate for them have increased despite economic hardship. However, while Latino students within low income standings are graduating there is an estimated 15% gap between them and middle & high income standing students.

The increase of graduating Latino students are coming from such states as Alabama, Florida,Georgia,New Mexico, New Jersey and etc.

However, in states like New York, Illinois, Washington, Arizona the graduation rate among Latinos are either declining or stand at a stalemate possibly due to overcrowding or a lack of social programming to aid students. But with organizations like APA, this could change.

According to the group, they have taken on a challenge of raising the national graduation rate average to 90% by the year 2020. In order to attain this goal, the graduating class of 2020 will have to have an estimated 310,000 or more graduated students. And according to their finding, the group is on its way to making that happen within the U.S.