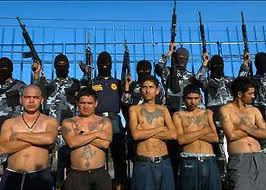 Sadly, the trend of teens being recruited to the Mexican drug cartels, willingly or not, is ever-growing. The Huffington Post recently reported that the cartels have been crossing the border for new recruits in Southern California. According to law enforcement and youth activists, more and more teens are being recruited for smuggling dugs across the Mexican-U.S. border and other illicit acts for these cartels. According to KPBS San Diego, some 5,000 youth, mainly Latinos, have been held in San Diego jails over the past two years for cartel-related crimes.

Who exactly are these cartels recruiting? Any teen as young as 11, especially those who are in street gangs, that hang around the border. Why the age 11? Because the cartels believe that they attract less police attention while crossing the border than an adult. These are the ones that smuggle the drugs across.

The Huffington Post also reported that recruited children can earn up to $400 per smuggle trip and that these youth are also recruited by human traffickers to escort undocumented immigrants to safe houses from the border. The Red de los Derechos de Infancia en México (Children’s Rights Network in Mexico) has reported that an estimate of 30,000 teens under the age of 18 are under the employ of Mexico’s cartels, and are part of every stage from smuggling to selling on the streets. This report also stated that once a teen member turns 16, they become paid assassins. Males are the only ones targeted for recruitment – the females that are recruited prepare the packaging of the drugs.

Children under the age of 14 have constitutional immunity when being charged with crimes such as kidnapping and murder – another reason why the cartels use the younger ones to smuggle across the border.

This frightening trend lay dormant up until last year with the arrest of Edgar Jimenez Lugo, 14, of San Diego, for murder. According to MSNBC, he was captured in December 2010, convicted in July and sentenced to serve three years in a Mexican prison. Lugo’s arrest showed that the cartels have been moving further north than the towns along the U.S.-Mexico border to recruit new teens.

Sadly, a lot of these teens are attracted to the lifestyle – fast money and being outlaws. More often than not, these teens have no support system and are very susceptible.