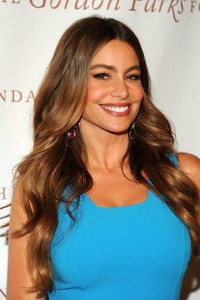 For the second year in a row Colombian actress Sofia Vergara has topped Forbes magazine’s list of highest-paid TV actresses. The Modern Family actress who plays Gloria Delgado-Pritchett earned a whopping $30 million between June 2012 and June 2013 and surpassed Mariska Hargitay of NBC’s “Law and Order: Special Victims Unit” and Kaley Cuoco of CBS’s “The Big Bang Theory,” who both tied for second with $11 million.

Vergara’s, 41, extensive paycheck also includes clothing and home goods lines sold at Sears and Kmart and endorsement deals with Diet Pepsi and CoverGirl. According to Forbes, Vergara also has contracts with Rooms to Go and thyroid medicine Synthroid, and has signed on to appear in Spanish-language commercials for laundry detergent, Comcast, and State Farm insurance.

Expect Vergara to earn millions more as she is also the executive producer of upcoming ABC drama Killer Women. Way to go Sofia!

What You Didn’t Know About Juan Pablo Montoya