Shakira to Star as Gazelle in New Movie

Shakira to Star as Gazelle in New Movie 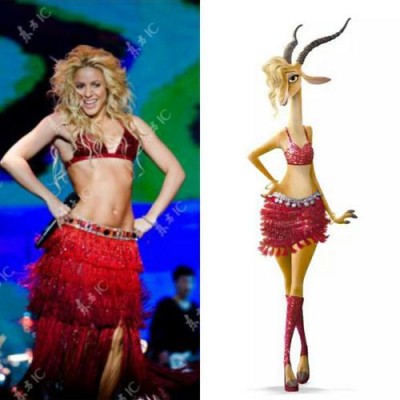 Shakira will be making her animation movie debut in Disney’s 2016 comedy Zootopia.

The Colombian singer-songwriter announced via Twitter that she will be a part of the voice cast and play the part of Gazelle, a pop-singing gazelle who lives in the mammal-humanoid city of Zootopia; the film follows a police lieutenant bunny and a fugitive fox who must team up despite their species & career lifestyle differences after becoming targets of a conspiracy.

On her Twitter, Shakira shared a photo of her character which resembles a striking appearance to her. She also revealed that she will sing her character’s song, “Try Everything.”

Zootopia will be directed by Byron Howard and Rich Moore, and will also star Jason Bateman, Ginnifer Goodwin and Alan Tudyk.