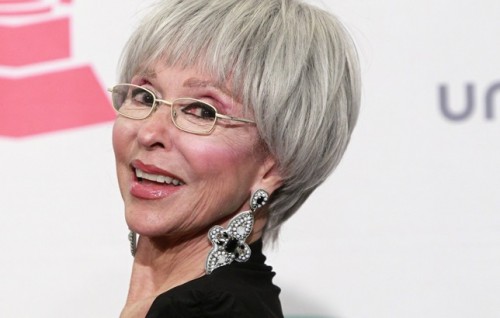 Rita Moreno has joined the cast of an all-Latino reboot of the classic series One Day at a Time.

Recently, Netflix has ordered a 13 episode season of the reboot of the series One Day at a Time which aired from 1975 to 1984 and starred Valerie Bertinelli and Mackenzie Phillips as the teenage daughters to newly divorced mother played by Bonnie Franklin. However, in the reboot of the CBS series the family will be all Latino.

According to released details, the rebooted series will feature a Cuban-American family that consists of a new divorced military mom, her teenage daughter and son, and her mother who will be played by Moreno.

The show is set to be a multi-camera comedy, but there’s no word yet on when it goes into production.

America Ferrera and Eva Longoria Poke Fun at the Golden Globes
LATINO DIGITAL NETWORK FOR YOUTH PAYS OFF
Translate »
%d bloggers like this: