PITBULL AWARDED HIS OWN RADIO SHOW…SIRIUS!!!!

PITBULL AWARDED HIS OWN RADIO SHOW…SIRIUS!!!! 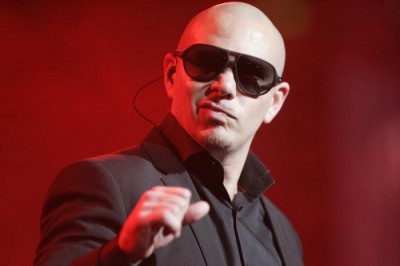 The multi dimensional artist known as “Mr. Worldwide”, Pitbull, has accomplished something no Latino has previously done. He was awarded his own radio program on Sirius XM Satellite radio. The Cuban-born rapper is a modern day midas. Everything he touches turns to gold.

His success in colloborations with the best in the English and Spanish music markets and his business sense is an attractive package. Sirius XM brass certainly think so. This is an honor given to artists the like of Bruce Springsteen Jimmy Buffett, and Willie Nelson among others.

“We are thrilled to team up with Pitbull in the creation of this exciting new music channel.”

Born Armando Christian Perez, Pitbull has owned the number one song in 15 countries. He is and has been focused on the business aspect and recognizes avenues to expand. Sirius radio will play his program on Sirius XM and Sirius XM Latino.

“I want to thank Sirius XM for the opportunity to touch more my fans in a more personal way.”

The former Latin Grammy winner will have a platform to play his music as well as choose playlists and share personal favorites.

“I will get a chance to play all the music that I love and grew up listening to.”

What’s Love Got To Do With It?
Judge Rules Shakira’s Multi-Million-Selling Hit ‘Loca’ Is A Copycat!
Translate »