Crossing over from Latin music to the English-language market is not easy, but some have done it with great success. Shakira, Ricky Martin, Enrique Iglesias and even Enrique’s father, Julio Iglesias, have all enjoyed the success of crossing over. But can the young Prince Royce successfully crossover from bachata to pop?

Yesterday, the Bronx-born singer Prince Royce released his first English album after dominating the Latin charts and winning the hearts of Spanish-speaking audiences. Royce scored his first No. 1 on the Hot Latin Songs chart at the age of 20 with the song “Corazon Sin Cara”.

Royce’s silky smooth voice went perfectly with bachata’s new sound – mastered by Aventura – while displaying his affectionate demeanor and a baby face that melted the hearts of females everywhere.

Now, after three albums and a bunch of hit Spanish songs, Royce introduces his first English-language album, Double Vision, that features a mix of reggaeton, R&B, pop and EDM.

At the VIP Room, one of New York City’s hottest nightlife spots, Royce was able to speak to La Mega’s Reyna Franco – from El Jukeo – about taking off his shirt in concerts, making the album and the first single, Back it Up, featuring Jennifer Lopez and Pitbull.

“It was a lot of work but I enjoyed it. I learned so much from J.Lo and Pitbull that I know I will apply those lessons to future projects.”

Ironically, Sprint – the cellphone service provider, which Royce worked for when he was creating his very first demo Bronx – sponsored the event featuring adoring fans that already knew all of the Double Vision songs by heart. In fact, his young and mostly female fans sang along to an album that was just released. Royce, pleasantly surprised, continued to sing with the fans as DJ New Era played some of the new tracks in the album release celebration.

Before Royce and his security was mobbed by the young and older (and I mean older) selfie-crazed fans, he was able to listen and speak to some of his fans that genuinely were inspired by his voice, talents and good character.

Check the photos below of Prince Royce album release celebration of Double Vision, Sponsored by Sprint in New York City: 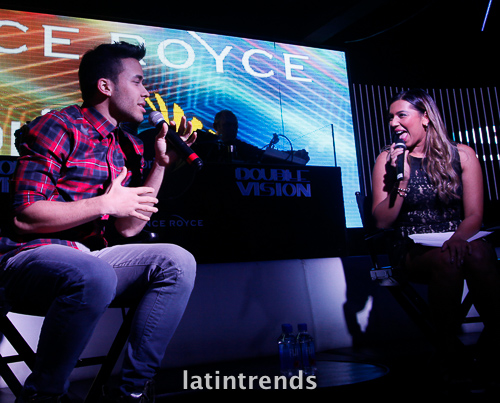 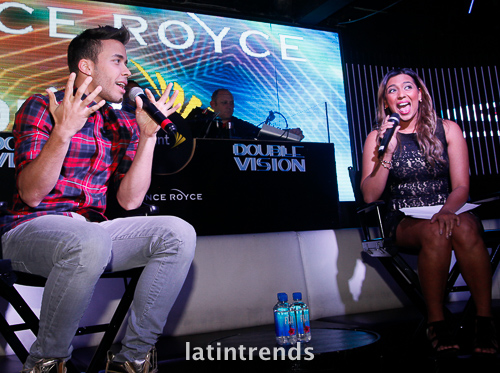 Fan is inspired by Prince Royce