Orange is not His new Black: Argentinian Arrest Warrant against Justin Bieber dropped!

Orange is not His new Black: Argentinian Arrest Warrant against Justin Bieber dropped! 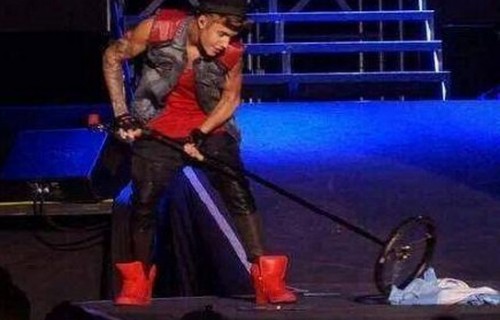 Pity, it seems Canadian singer Justin Bieber will not face any jail time
Were he ever to return to Argentina due to a court within the South American country opting to revoke an arrest warrant that’s been issued against him.

Back in 2013, while on the South American leg of his Believe Tour the singer was quite active in breaking the law while touring the region.

From spray painting graffiti in Brazil & Colombia, exiting a brothel in Rio de Janerio, and being filmed in bed—asleep—with an alleged prostitute the Never Say Never singer earned himself the somewhat laughable title of fugitive due to his actions in Argentina.

Back in November 2013, the singer was allegedly involved in an assault of a photographer in Buenos Aires. While at a nightclub within the city, Bieber allegedly ordered two of his bodyguards to attack the victim waiting outside the club. While no one was arrested, Bieber was ordered to appear in court within 60 days to give his testimony.

It is when Bieber and his bodyguards opted out of not responding to the order that he and his two bodyguards were issued an arrest warrant back in April 2015 making a future traveling plans into the country non-existent.

However, the 21-year-old singer may not have to worry and could once again pop up in the country due to the Argentinian court notifying Interpol to withdraw the outstanding arrest warrant that’s been placed on him.

Although the warrant has been dropped, the case pending against Bieber and his bodyguards have not and they could still face legal action.

One other incident in 2013 that Bieber has become largely known for committing while in the South American country is when he rudely removed the Argentina flag from the stage. After fans tossed the flag onto the stage for the singer to take up and wave as sign of him being happy to be in the country, the singer opted to sweep the flag off the stage with his sneakers and the mic stand as though it was a dirty rag.

Bieber has apologized for incident claiming it to be an accident and that he didn’t know what the item was. Despite apologizing for the flag incident, Bieber has not returned to Argentina since his tour. Lucky Argentina.

Pedro Martinez Shines like a Bright Star at his Historic Hall of Fame Ceremony
DOMINICAN DUKES OF NEW YORK, THEY’RE “A” NUMBER ONE
Translate »
%d bloggers like this: