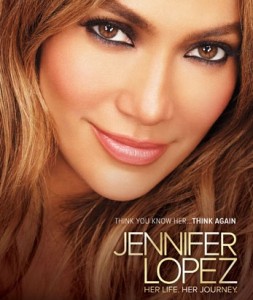 NUVOtv enjoys record-breaking results for its July 18th network launch of its Jennifer Lopez partnership with a Night of Premieres of new, original specials and series. NUVOtv is the first and only English-language cable network for Modern Latinos.

Leading the night off, Jennifer Lopez: Her Life. Her Journey. (8pm)debuted as the #1 most-watched original program in the network’s history. The one-hour special delivers intimate access into the artist and entertainer’s personal life and career. Executive produced by Lopez herself with Nuyorican Productions, the special delivered coverage ratings superior to Bravo, Oxygen, WE, Style, and BBC America in Households, Total Viewers, and the critical Adults 18-49 demo.

NUVOtv’s entire lineup during its Night of Premieres – Jennifer Lopez: Her Life. Her Journey., A Step Away and House of Joy outperformed every Hispanic entertainment cable network, including Galavision, mun2, and TR3S, by delivering more impressions with Households, Total Viewers and Adults 18-49 in each primetime hour, making NUVOtv the #1 Hispanic entertainment cable network for the night.

The network’s momentum continued with A Step Away(9pm), a behind-the-scenes glimpse into the lives of professional back-up dancers on world tour with Jennifer Lopez. This sneak preview delivered NUVOtv’s next highest-rated original premiere based on Households, Total Viewers and Adults 18-49.

NUVOtv ended the Night of Premieres on a high note, with House of Joy (10pm). The unique reality series featuring Grammy award-winning producer Rodney “Darkchild” Jerkins and his talented singer wife, Joy Enriquez, was the highest-debuting series in NUVOtv history among Households, Total Viewers, and Adults 18-49.

“We’re pleased with the strong performances of our new programming and delighted with the exponential increase in new viewers,” stated Michael Schwimmer, CEO of NUVOtv. “We’re especially proud of the warm reception from viewers and look forward to capitalizing further on this progress as we pursue our mission to deliver a high quality network for English speaking Latinos.”