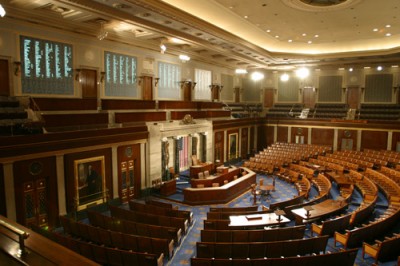 While coverage over the past few days has largely been on where the Latino vote could be going, this post will look at the Latinos who could soon be entering the United States House of Representatives in the upcoming elections. While there are current Latinos preparing to take high positions within the political world, there are still many more racing for important seats of power.

In the annual report “Races to Watch by the National Association of Latino Elected & Appointed Officials Educational Fund (NALEO), they are projecting that the current number of Latino lawmakers within the U.S. House could increase from 28 to 32.

“In Election 2014, Latinos will continue their progress as leaders of their communities,” states the reporting believing that the Latino lawmakers could increase some 14% after the November congressional elections.

In the race for congress there are 51 Latinos who are running for seats in congress within 16 states across the country. Out of the 51 Latinos, 34 are Democrats and 17 are Republicans.

According to Arturo Vargas, Executive Director of NALEO, two states could make history come this November.

In West Virginia, in an open-seat race for the Senate former-Maryland state senator Republican Alex Mooney could become the first Latino congressman. Mooney is racing against Democrat Nick Casey, and the two are trying to claim the seat left open by Republican Representative Shelley Moore Capito.

Meanwhile in Rhode Island, Democrat Nellie Gorbea could become the first Latina secretary of the state of New England as she races against Republican John Carlevale.

“The geographic diversity of Latino candidates demonstrates that Latinos are mobilizing for political progress in both the traditional Latino populations centers and in regions with emerging Latino communities such as the Plains States, the Midwest, the Deep South, and New England,” states the report.

According to the NALEO’s report, Latinos who are running are expected to gain big wins with predictions that with the Latino lawmakers currently standing in the lower houses of the legislature being at 222 the number will grow to 235 come this November. This prediction comes because of the number of Latino candidates currently racing which is a total of 304 across 38 states.

“There are Latinos running for a state House seat, state Senate seat or a congressional seat in 42 of the 50 states,” said Vargas. “So Latinos have defined themselves now as a national electorate and a national candidate population.”

It is nothing new that Latinos are expected to become one of the highest populated communities within the country. According to statistical reports, at this moment Latinos make up about an estimated 17% of the population within the U.S. and by 2060 this percentage will increase a predicted 13 points making the Latino population 30% of the U.S. populace.

While current political tensions or lack of feeling regarding politicians addressing racial discrimination from figures of authority may persuade some Latinos to stay away from polls, the importance of the vote is still important. We, as a community, do have a say in those who represent us so it’s important to learn what it is they are saying, what they promise, and if we agree vote for them and then take it from there on whether or not said promises are made.