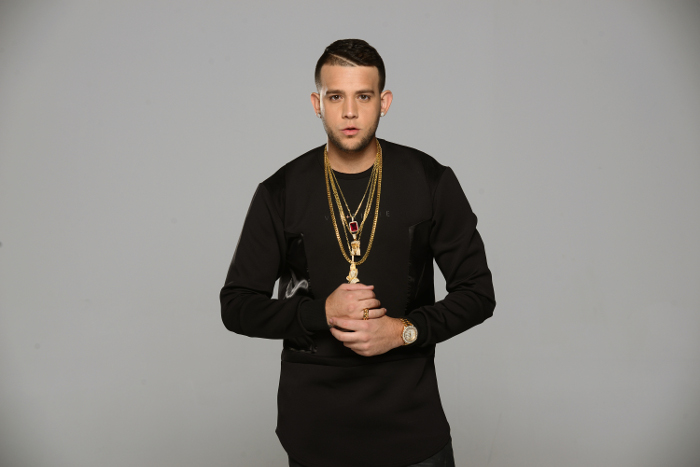 Unfortunately for Spanish rap, a genre where Latinos could hear MCs spit rhyme and reason in their native tongues, never took off in the states. But now here comes Messiah El Artista, who has already surfed and conquered the airwaves in Latin America. His braggadocios style gives swag to the hardcore life he rhymes about. His love for combining content and context, empathy and reality to rhythm and flow is what truly makes him a lyricist. Besides Messiah being the new voice of Musica Urbana or Spanish Hip Hop — the 25-year old Dominican rapper that was raised in New York City is a perfect example of America today, which is a bicultural movement that is influenced by its environment and shaped by its past.

Otto: Congratulations on the success of your “Unplugged” show at Stage 48.

Messiah: Thank you so much. I really appreciate that.

Otto: You have a heavy New York accent.

Messiah: Yeah, everybody always talks about that. Since I’m a [Hispanic] artist people tend to think that I can’t speak English, but I was raised in New York and was born in the [Dominican Republic]. I came to Spanish Harlem when I was two-years old, so all my life I’ve been here.

Otto: Being with Zion’s label, Baby Records, helped your journey?

Messiah: Well, I wasn’t signed to Baby Records. What it was… more like a representation. Zion (from Zion y Lennox) is a very close friend with my manager and his wife, Stefi Chacon. Zion said to me that ‘I’m not signing artists right now but you can run with the label name so it will be a leverage for you’. Right now I’m totally independent.

Otto: Wait, you are doing this independently? Congrats!

Otto: Your journey to stardom was not short, but your single, “Tu Protagonista,” was on fire over a year-ago in Latin America. Now, you’re selling out shows, working with J. Balvin, Nicky Jam and Farruko to name a few of reggaeton’s biggest artists. Speak about that journey.

Messiah: I came out with a mixtape with DJ Flipstar “Ya Era Tiempo Vol. 1” and out of that mixtape came out “Si Ta Bien,” which was the number one club anthem in New York and the east coast. I also had shows sold out from North Carolina to Maine and even in Miami because of that song.

As far as working with J. Balvin and Nicky Jam it’s crazy because these are artists that you’ve seen while you’re in your struggle and on the come-up. I’m listening to these artists and enjoying their music and now I’m working with them.

Otto: When did you notice that your sound was catching on with the listeners?

Otto: You’ve been having some great success recently. According to Vibe magazine’s website you’re “the first Latino rapper from New York to sell out the multi-use VIP venue,” Stage 48.

Messiah: So it’s all about doing good music and having a vision. When you have a vision and you see yourself accomplishing something and you stick to that [vision], it will happen.

Otto: Most people don’t know that you’ve been on the music scene since you were 17-years old.

Messiah: I’ve been doing music as long as the Dominican hip-hop movement that showcased talents like Vakero, EL Lapiz and Mozart la Para. I remember eight years ago I had a song with El Lapiz, “Fuka Sako”, featuring Mozart la Para. For those people that haven’t done their history lesson and think that Messiah has just started, I’ve been on the music scene for a while.

It’s just that those guys kept pushing music over there and found success. But my goal was to make it pop from [New York]… and I did it bro.