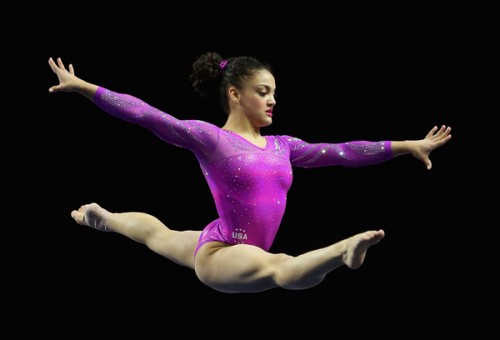 The first US-born Latina heading to the Summer Olympics since 1984 is Laurie Hernandez, from Old Bridge, NJ — not to mentioned one of the youngest has she recently turned 16, as reported by NBC.

So proud of everyone who competed I can finally say I’m representing USA at the Rio 2016 Summer Olympics. –Laurie Hernandez via Twitter (@lzhernandez02)

She tweeted her excitement as well as a big congratulations to her teammates. Hernandez is known for her vibrant routines and has been nicknamed the “human emoji” by International Gymnast Magazine and “baby Shakira” by the gymnastics podcast Gymastic. She went undefeated in four competitions she participated in, two international and two domestic, in 2015. She also won all-around gold as well as a silver and a bronze in the national champions. Will her skills bring home the gold in Women’s Gymnastics for the US? Watch her routines here at the Olympic Gymnastics Trials and you be the judge!