The MLB landscape for teams with winning aspirations usually begin and end with Latino players. For those teams that have Latin superstar talent on the roster improve their chances of holding the trophy of World Champion. Lets take a look at those players who should impact, whether negatively or positively on their respective rosters.

The AL West was won by the Los Angeles Angels and though full of expensive talent including Albert Pujols, it remains to be seen if Albert can continue to show the comeback form he displayed last year as he gets another year older.

The team that is packed is the Seattle Mariners. Robinson Cano can be an MVP this year as he will be protected in the lineup by Nelson Cruz. The pitching is still anchored by ace Felix “King” Hernandez.

Houston, whose youth movement is represented by players such as Venezuelan second baseman Jose Altuve, 24, who is considered one of the elite at his position. Texas has been stripped of talent over the last four years and veteran Adrian Beltre will be asked to do that much more slugging.

The AL Central is still led by the Detroit Tigers. They still have Anibal Sanchez as a front line starter to go with Verlander and David Price but Latino power is in the lineup with Miguel Cabrera, Victor Martinez, and now Yoenis Cespades to reinforce the starting nine. The other four entrants do not have nearly as much Latino talent which also happens to be elite in this case.

The AL East boasts a load of Latino stars in Toronto, who is the favorite in most circles with sluggers Jose Bautista, Edwin Encarncion, and Jose Reyes. Boston acquired Hanley Ramirez and former Giant Pablo Sandoval, who will now have the spotlight glare on him this time around. The New York Yankees top Latino slugger is aging Carlos Beltran and Alex Rodriguez, a year removed from suspension. He will play for the first time without Derek Jeter around but whose shadow will cast a big space. Dellin Betances will share the closer role coming off an All-Star season. Evan Longoria is quite alone in Tampa Bay as they have almost been wiped of all their talent.

The National League has a loud team in the NL West West with the Los Angeles Dodgers at it again. They have superstar slugger Yasiel Puig and Adrian Gonzalez. Carlos Gonzalez is still in Colorado but of others the defending World Champion Giants, minus Sandoval, cannot be discounted along with the Padres.

The NL Central is Cardinal Country and catcher Yadier Molina is still relevant. The Pirates will continue to challenge while the Cubs addition of veteran Miguel Montero will be a plus. The Cincinnati Reds are still led by their pitching number one, Johnny Cueto, and the Milwaukee Brewers Carlos Gomez will continue to thrive while Matt Garza will shoulder more of the load from the mound.

The NL East may be where the champion comes from as the Washington Nationals have been banging at the door for three years now. Scherzer, Strasburg, and Zimmerman, and of course Gio Gonzalez, their lethal lefty may take them the entire way this time. The Mets are loaded with young pitching but its 41 year old Bartolo Colon that will start on opening day. The Miami Marlins are Giancarlo Stanton, who is the face of the future and present. Jose Fernandez, will attempt to come back from Tommy John surgery. Martin Prado, acquired in a trade with the Yankees will add defense and some protection for Stanton. Atlanta and Philadelphia be running after the bus. The Braves do have a young catcher in Christian Gabriel Bethancourt while Carlos Ruiz is one of the few reminders of the Phillies past glory. 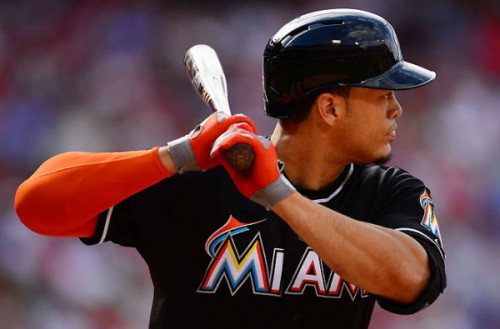 The 2015 season is upon us and with those mentioned their are at least 15-20 more Latino players that will grab our attention.