Antonio Tijerino knows what it’s like to have his intelligence questioned because he didn’t speak English, he immigrated to the United States from Nicaragua with his parents when he was just 6 years old.

As president and CEO of the Hispanic Heritage Foundation for almost 15 years, Antonio has launched many projects to encourage teenagers and minorities to learn coding skills. For the fellowship, Tijerino flew about 20 students to the nation’s capital in October to show off apps and video games they had created to solve a problem in their communities. 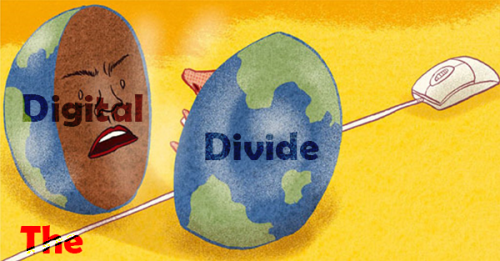 He has also served on panels at companies like Microsoft, where he said that Latinos “clean hotel rooms” and “serve your food,” but they need to learn coding and computer programming in order to truly move up in society.

The Multicultural Media, Telecom and Internet Council, which awarded him the “Champion of Digital Equality Award” on Jan. 20. The nonprofit promotes civil rights in mass media and broadband industries.

About 40 percent of students in the national study reported that lack of Internet access results in failure to complete homework, and it impairs the academic performance of Hispanic and African American students more than white and Asian students.