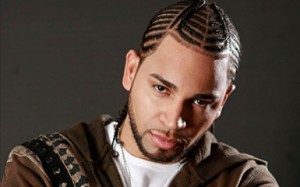 After achieving world recognition with the highly successful bachata group, Aventura, former member and singer Henry Santos will be hitting New York City this week to launch his solo debut. It will be a Welcome Home of sorts for the 31-year-old Santos, who moved from the Dominican Republic when he was 14-years-old to the Bronx.
“In New York, I feel at home, and that’s why I’m not nervous but very excited, because I now have the opportunity to demonstrate what I have wanted to do for a long time,” said Santos on promoting his upcoming solo debut album, Introducing Henry Santos.
Santos’s NYC debut begins this Saturday where he will be performing at Summerstage in Central Park around 3pm, he is scheduled to open up from Wisin & Yandal. The debut continues next week, when on Wednesday he will be performing a concert in Highbridge Park at 7pm. Both shows are free. The tour doesn’t stop there, because on Sunday you can find Santos atop the Daily News float at the 30th annual National Dominican Day Parade.
Along with performing tracks from his new album, including the single already out entitled “Poquito a Poquito” (“Little  by Little”), Santos will also be performing some hits he has made with Aventura. While within the band, Santos was mainly know for providing backup vocals with a few solo songs, his solo album provides his fans a new outlook into his singing abilities.
Although he and the other three members of Aventura shocked millions of fan at the start of this year when they announced their separation, Santos said the separation would be temporary since, “We know what we can do together, and now we are seeing what we can do separately. That way, we also give the public a chance to see that Henry not only dances but that each member has something to show.”
Introducing Henry Santos will be released mid-September and will allow Henry to put his own signature stamp on the world of bachata, “It’s like cooking. You may have the same ingredients, but it depends on how you mix them,” Santos explains the “cooking” of his album, which he himself composed 12 of the 14 tracks, “The album has quite a lot of flamenco and cuatro guitar, besides the elements of bachata, but used in a different way.”