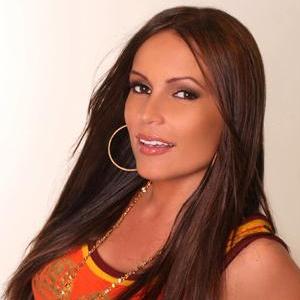 Angela “Angie” Martinez (born January 9, 1971, Brooklyn, New York) is an American Radio Personality and Actress and Rapper. Known as “The Voice of New York”, her afternoon radio show has consistently been ranked #1 with more young listeners than any other radio station in the country. Angie is a multi-media personality, having appeared in several movies, videos, television and on her own albums. Angie is best known for her celebrity interviews. Her laid back demeanor and popular style have been instrumental in securing exclusive interviews with the biggest names in music, film, comedy and politics.

Angie Martinez got her first break in radio at the age of 16 answering hot lines at the urban radio station WQHT (“Hot 97”). There she met popular DJ Funkmaster Flex, and began working as his protégé. Martinez quickly picked up on the craft of running a successful radio program. Executives at the station decided to give her a chance, even though she lacked on-air experience. With over 15 years on the radio, Angie is a trustworthy voice to multiple generations of music fans. Her radio show on New York’s Hot97 has proven to be a rite of passage for many of today’s and tomorrow’s most iconic figures.