GRUPO TREO IS NUMBER ONE ON BILLBOARD’S TROPICAL AIRPLAY

GRUPO TREO IS NUMBER ONE ON BILLBOARD’S TROPICAL AIRPLAY 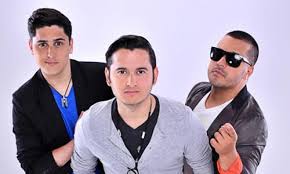 The musical composers which also make up the members of Grupo Treo, are on top of the mountain on Billboard’s Tropical Airplay charts for the week of August 16-22, 2014.

Based in Venezuela, “Pegado A Tu Boca” comes off their third album, “Te Gusta (You like it). The group were quite pleased to hear the results. “We knew that the public would take to it, and the response has been incredible.” They explained.

“With this achievement, we’re living the beginnings of our own American Dream.”

The fans have shown a love for this well blended album. Danny Daniel, Rey, and Chucho feel they have an idea why this 11 track album has struck a cord, and a number one single. ”

Its a fusion of urban, tropical, and pop beats, with romantic and novel lyrics that mix well with the music.”

Grupo Treo is another SESEC Latina success story. The organization, founded in 1930, is a technology leader, processing royalty payments with speed and accuracy. They are also the only society that offers its affliates monthly radio performance royalties.

Small Waist Addiction on the Rise!

What Skin Care is Right For You?
SHCC-NJ Diversity Celebration
Translate »