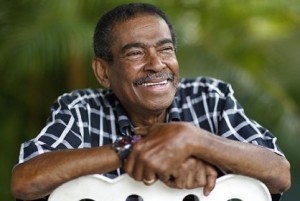 Legendary Salsa star Eddie Perez of El Gran Combo de Puerto Rico has passed away from a blood infection. The group recently celebrated 50 years of playing music and Perez was one of the two last founding members.

Perez was nicknamed “La Bala” (or “The Bullet”) and was known for always shaking his left shoulder before playing. The saxophonist had been playing music for over 60 years since the age of 13.

El Gran Combo released more than 40 albums and won a Grammy in 2003 for best Tropical album.