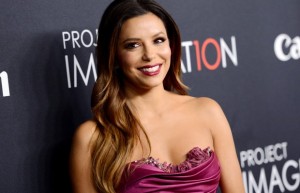 Latino actress and political activist Eva Longoria has been named as Maxim’s Woman of the Year. While appearing in the popular men’s magazine a few times in the past, the former Desperate Housewives star has been given the magazine’s coveted award.

“She was the sexiest suburbanite in history on Desperate Housewives, and now she’s a big shot producer, a savvy businesswoman, and our 2014 Woman of the Year,” announced Maxim on their website about giving the actress the nod, “Is there anything Eva Longoria can’t do? (Hint: The answer is no.)”

In response to the recognition, Longoria said that it was “awesome after how long it’s been since my first cover. I’ve had a beautiful relationship with Maxim over all these years.”

However, beauty and talent aren’t the only two things that have earned the actress the nomination. Over the past few years the star has become a top philanthropist and has made quite the impact in the world of politics.

While she has been a strong supporter of President Barack Obama, helping in the campaign efforts to elect the president twice, Longoria has made notable philanthropic and political endeavor with the Latino Victory Project and her own organization known as the Eva Longoria Foundation.

At Latino Victory Project, an advocacy organization that seeks to promote the comprehensive immigration reform of this country, Longoria poses as a key official hoping to better the lives of Latino immigrants living in this country.

Meanwhile at Eva Longoria Foundation, Longoria and her foundation aims at funding programs and studies that promises to help elevate young Latino students in the United States of America.

To support her foundation, and other causes, Longoria isn’t opposed to using her celebrity to aide others. Currently, Longoria is participating in a Prizeo campaign where donors who donated are instantly able to win a prize of spending a day on set with Longoria for the filming of Devious Maids which she is the show’s executive producer. The contest ends on Jan. 10.

You can find Longoria on the cover of Maxim as The Woman of the Year at newsstands near you.