Originally published in 2012 for LatinTRENDS Magazine
Excerpt by Juan Guillen

An In Dept look at Bachata and blues, their history of pain poverty and Struggle, and how those similar backgrounds have influenced Bachatas worldwide growth and appeal

The rising popularity of (modern) Bachata in the US, and the globe for that matter, is understandable when you look at the history and similarities of Bachata and the Blues. They were both born out of pain…from the disenfranchised (slaves in the US and the poor and uneducated in the Dominican Republic). The lyrics are very similar and at times identical…both sang of a depressed mood. US Blues and Dominican Bachata were both rejected by society in their respective countries…yet Blues music is the grandfather and grandmother of what makes up most American music today.

LatinTRENDS brings you an in-depth look at the history and transition of both of these two genres and how this is influencing the growth and popularity of Bachata music in America and the world. Get the Blues – the Blues with a Latin twist – with this article.

Bachata and Blues, musical genres wrought by two prongs of the African diaspora in the Western Hemisphere, have outlived the powerful forces fixated on their suppression as soon as they came into existence. Through them was expressed the proverbial plight of the poor, those who would endure ineffable racial and economic discrimination long before reaching comparatively finer pastures. 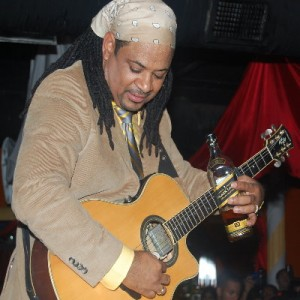 Origins of Blues and Bachata

The term Blues and Bachata’s original name, amargue (which means “bitter” in Spanish), denote melancholy. Tales of unrequited love, randy encounters and the inhumane conditions beneath which the underprivileged lived and worked were common in both genres. Not coincidentally, Bachata is often referred to as Dominican Blues. 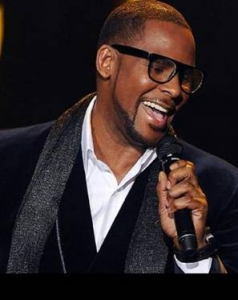 It is widely believed that Bachata first surfaced in the brothels and shantytowns of the Dominican Republic’s capital, Santo Domingo, in the early 20th century. It was virtually banned by dictator Rafael Trujillo, who instead made Merengue the country’s official musical form during the 1930s, according to the National Geographic Society. Trujillo’s three-decade reign (1930-61) was marked by torture, arbitrary imprisonments, the oppression and mass murder of Afro-Dominicans and Haitian immigrants, respectively, and economic policies that favored wealthy landowners over their workers.

The atmosphere was no kinder to African-Americans in the Deep South, where the institution of slavery was swiftly replaced by a sharecropping/tenant farming-dominated economy, Jim Crow laws (segregation) and the relentless terrorism of the Ku Klux Klan. During the first 3 1/2 decades of post-bellum America (1865-1900), wrote author Debra Devi for the Huffington Post this past January, “Plantation work songs were primarily sung a cappella, but after Emancipation traveling country-blues singers used the guitar and harmonica to earn money playing picnics and dances. Over time, the blues became music that expressed the singer’s struggles and passions, both carnal and spiritual.”

Harsh realities of the time required early Bachateros in the Dominican Republic, like African-American Blues musicians (known long ago as songsters) in the southern United States, to be as subversive as they were gifted in music. 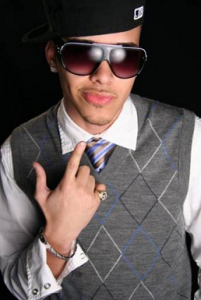 “Culturally, the role of Bachata musicians in society was similar to the role Blues musicians played,” iASO Records President Benjamin de Menil, 38, told LatinTRENDS in late March. “Bachateros viewed themselves, similar to how Bluesmen viewed themselves, a little bit like outcasts. And sometimes defiant outcasts, like, ‘I’m a crazy drunk and I’m proud of it.‘ There was a flamboyant style to Bachateros and Blues players. There was also the association of Blues with brothels and prostitution back in the old days, and Bachata also had that association.

“Both styles were the popular music of the underclass. These were people that lived in rural areas and worked in farms, people who were manual laborers, and this was their outlet.”

What came to be known as Bachata—a term that previously denoted Bolero parties in poor, rural or urban communities—blossomed artistically following Trujillo’s assassination in 1961. Bachata’s commercial viability, on the other hand, was stunted by how poorly it was still perceived by the establishment in the 1970s, a decade in which it received little exposure on Dominican radio and television.

By the early 1980s, however, popular demand (specifically among U.S.-based Dominicans) ended Bachata’s censorship, paving the way for the genre’s growth and modernization.

“Many of the Dominicans that emigrated to the U.S. came from a working class background, and they brought with them their taste in music,” de Menil, who has worked with Leonardo Paniagua and Joan Soriano, said. “They came to the U.S., they were able to rise up and get better lives for themselves, and have supported Bachata. That community helped bring the Bachateros that started to perform in the U.S. They also helped to spread Bachata to other [Latinos], and then those people brought it back to the country of their origin. That recognition has helped Bachata’s case in the Dominican Republic. People actually feel more pride for the music when they see foreigners respecting it.”

“You can separate the Bachata that we know about,” he continued, “which is the Bachata that’s been recorded, into two categories: The old fashion style, what was going on from the 1960s through the end of the 1980s, and the modern style, when the electric guitar replaced the acoustic guitar. The 1980s was the transitional period. Anthony Santos and Luis Vargas was the beginning of the 1990s, and they were the first generation of truly modern Bachateros. Blas Duran was a little bit before them, and many people say he was the first one to develop the modern Bachata sound.”

Originating in the Mississippi River Delta area prior to spreading to other parts of the Deep South, Blues was a secular derivation of African-American religious music (i.e., the Negro spirituals). Back then, it was considered sinful to play, often referred to as “the devil’s music.” But much like the nationwide condemnation of gangster rap by politicians and concerned parents in the early 1990s, the indignation targeting Blues music made it a forbidden fruit too tempting to resist.

An estimated 1.6 million southern blacks relocated to northern states between the 1910s and ’30s, greatly expanding the sphere of Afro-American music’s influence. This particular wave of the Great Migration—i.e., the migration of 6 million African-Americans from the South to the Northeast, Midwest and West from 1910-70—coincided with the Harlem Renaissance, a time that saw the rise of composer Duke Elington and poet Langston Hughes, among other prominent artists. Blues would serve as a template for rock and roll and experience a resurgence in the late 1960s and early ’70s courtesy of Janis Joplin and Jimi Hendrix, both of whom are members of the (dead at) 27 Club.

Any similarity Blues, or any of its myriad relatives, has with Bachata, de Menil believes, can actually be traced as far back as the ’60s, long predating Aventura’s imbuing of the genre with hip hop and contemporary Rhythm and Blues (R&B) elements.

“I think that infusion has been going on for a very long time,” de Menil said. “When you hear the first [Bachata music] that was being recorded in the 1960s, some of them had this sort of doo-wop sound to them. It’s hard to go back now and speak to those artists and ask them what their influences were, but it sounds like they were getting some influence from the music that coming out of the U.S.”

Indeed, by sheer happenstance or design, the chorus of Bachata pioneer José Manuel Calderón’s “Llanto a La Luna” does have, in part, a doo-wop feel to it. That said, the line between both genres was permanently blurred by Aventura’s groundbreaking work, and it is due to that musical innovation—which began in the latter half of the ’90s—that we especially cannot ignore what the “B” in R&B actually stands for.

“With Aventura, we’re talking about a whole other thing, where [bachata] is really fused with R&B,” de Menil said. “It doesn’t have that traditional sound anymore. It’s a whole different animal.”

The Rise of New Bachata Songs

As Dominican-Americans from The Bronx, Lenny Santos and Anthony “Romeo” Santos (who is also half Puerto Rican) were raised on a steady musical diet of Rap, R&B, Merengue, Bachata and Salsa. Heck, Lenny, looking back on his childhood when I interviewed him and his brother, Max, in the summer of 2009, even mentioned regularly listening to grunge rock’s Pearl Jam on a walkman while rollerblading around his neighborhood.

For instance, one of the album’s singles, “Dile al Amor,” ends with the repeated, reverberated and mellifluously delivered double-negative line, “I don’t need no love … in my life.” That portion of the song, I’m compelled to say, is eerily similar in sound and mood to The Flamingos’ version of “I Only Have Eyes for You” (1959).

The group disbanded in 2011. Lenny and Max (bass) went on to form Bachata supergroup VENA with fellow Bronx native Steve Styles (formerly of Xtreme), leading to their 2012 hit, “Ya No”; singer and supporting vocalist Henry Santos embarked on a solo career and exhibited his famous dancing skills last year on “Mira Quien Baila,” Univision’s answer to ABC’s “Dancing with the Stars”; and Anthony, in 2011, featured R&B singer Usher on “Promise,” a single from his solo debut album, “Formula, Vol. 1.” “Promise” has peaked at No. 1 on the Billboard Latin Songs, Latin Pop Songs and Tropical Songs charts, and its video has (as of April 10, 2013) nearly 40.2 million views on YouTube.

Aventura’s distinct sound was met with disdain by Bachata’s traditionalists early on, but the group ultimately authored an important chapter of the Dominican narrative in the U.S. Their oeuvre, influenced and enriched as it was by hip hop and R&B music, linked Bachata to Blues through its two aforementioned descendants. Once separated by the vastness of the Atlantic ocean, bachata and Blues—each of which was born out of struggle—now proudly occupy common land.

UNIVISION IPO. STOCK SOON TO BE ON OFFERED THE PUBLIC
Magic Mike XXL: The perfect excuse to go to the movie date with your girls
Translate »