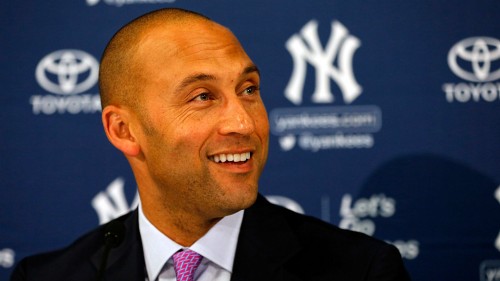 Derek Jeter is retired but he is forever baseball royalty. Cuba is defined by the same sport. For the first time since 1999, Major League Baseball and Cuba will join together to bring MLB to the island as a gesture of good will.

This is one of the initiatives put into play since President Obama announced the intent of the United States to re-open relations with Cuba in 2014. Obama will be expected to attend this event.

They will be representing MLB as part of a historical return to the island nation with an exhibition game between the Tampa Bay Rays and the Cuban National team, March 22nd, in Havana.

Jeter, who has made it known of his ambition to own an MLB franchise in the future, is already showing a new side of himself in this regard. Cuba, who will probably relax restrictions on players who want to play in MLB, recognize that they can only benefit financially from the exchange as players know they can return home and not be exiled for wanting to play in the United States.

It’s a win-win for both countries, for Jeter, for MLB, and ultimately, for Baseball as it serves once again as a sport of universal appeal and unity where-ever it is played.