On May 24 Delta Airlines premiered the new Terminal 4 at John F. Kennedy airport. The new T4 is part of a $1.4 billion project at JFK that includes a myriad of customer experience improvements including: nine new and seven renovated international gates; improved and renovated check-in areas, including a dedicated Sky Priority check-in area; an enlarged and centralized security checkpoint; new retail and dining options from some of New York’s most well-known chefs; and a new, 24,000-square-foot flagship Delta Sky Club with the first-ever Sky Deck rooftop terrace. 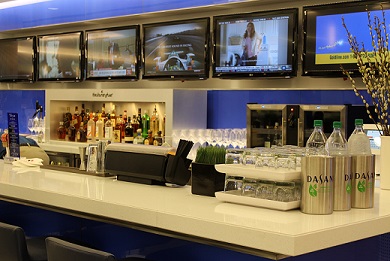 The Ciroc Lounge is a private space with seating and entertainment.

Delta provides programming from 18 satellite networks, including NBC, CNBC, Comedy Central, Discovery, FX, Bravo, and A&E and seating to relax before your flight. 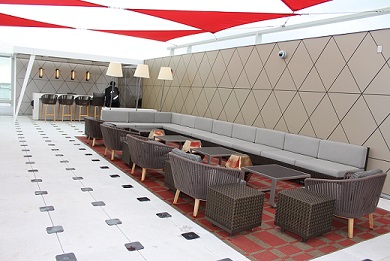 The view of the Delta runway from the Delta Sky Deck of JFK airport.