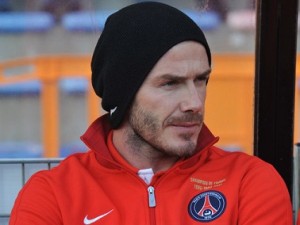 The 38-year-old former England captain is excited about the prospect of having a MLS team in South Florida. “I think bringing an MLS team here to South Florida would be exciting,” Beckham told Miami’s CBS4 News. “I think Miami fans are very passionate about the sport and about winning and of course, it would have to be success but it’s definitely exciting.”

Mayor Gimenez who offered Beckham the keys to Miami-Dade County stated “We’re ready and we’re excited about the possibility of having top-flight professional soccer back in Miami.” “With people from all over the world living in our community, this is an ideal market for MLS and David Beckham is the right person to make it happen.”

Miami Dade County commissioner Jose “Pepe” Diaz told Reuters “There is huge political support. It is not only from the county, it’s 100 percent support from the municipalities, the mayors and the commissioner, the counselors from the different cities, they are also extremely supportive.”

Beckham announced his retirement on May 16 and featured in his last professional game as Paris St Germain beat Brest two days later at the Parc des Princes.