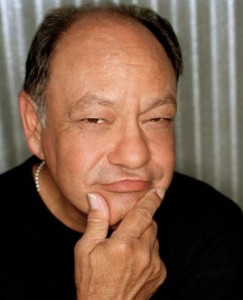 By Zuleyka Indarte
Mexican actors Cheech Marin and Eugenio Derbez will be starring in Rob Schneider’s new CBS sitcom,“¡Rob!”. The comedy will star other Latino actors including Diana Maria Riva and Lupe Ontiveros.
The show is based on an architect (Schneider) and his marriage to a Mexican woman from a tightly knit family. It will present a hilarious look at his acculturation. The series is loosely based on Schneider’s actual life. The actor married Mexican television producer Patricia Azarcoya Arce on April 23.
A recent release of a snippet of Schneider’s sitcom presented a scene many Latino fans could relate to; a family dinner where everyone appears to be yelling over one another, which Schneider’s character mistakenly takes for arguing. His wife reveals to him, however, that they are all just talking. The clip, 30 seconds in length, received good feedback from a wide audience, so high expectations for the series are in store for Schneider.
Derbez will be reprising a comedic role after starring recently in Adam Sandler’s comedy “Jack and Jill”. When questioned about the series, Eugenio Derbez told Latina.com, “Remember the movie “Meet the Parents”? Well this is like, “Meet the Mexicans!”
The show has been picked up for eight episodes and will be a midseason placement. Diana Maria Riva will play Schneider’s mother-in-law, Marin his father-in law, and Derbez his uncle in law. The show will premiere in January 2012.