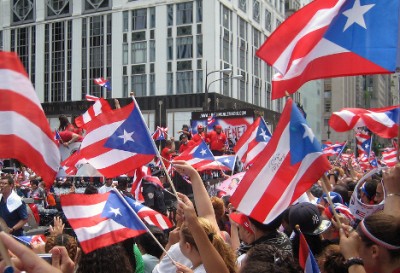 Beginning back in the late 50s, the parade started as a way to incite a sense of pride for the Puerto Rican people who live in the city. Wanting to aid the people who felt marginalized due to stereotypes and misconceptions attributed to them, the parade was established as a means to do away with such feelings and ignited the pride known to be at the heart of all Puerto Ricans.

“We’re a proud people,” said Luis Jimenez, 50, who attended this year’s parade with his mother.

A parade that means so much to the Puerto Rican community meant so much more this year since it almost didn’t happen.

After a long investigation into the handling of the parade, the National Puerto Rican Day Parade Inc. board was completely replaced after the state attorney general found that the board member’s and a board member associate, Carlos Velasquez, had misappropriated $1 million dollars. The money was used in procuring airline vouchers from JetBlue and American Airlines that were donated to the parade and not the board members.

Despite the fear the change of board members would keep the parade from happening the city of New York was welcomed to experience the cultural vibrancy of Puerto Rico.

“I’m a Gulf War veteran and I came to give my support,” said Omar Muhammad, whose son-in-law is Puerto Rican. “This is all about family unity. Not only my own family but everyone.”

Among an ocean of blaring horns and pounding drums, all of 5th avenue became one long street that was filled with energy, excitement, and pride. Along with the vibrant music and colorful floats, the parade also contained a serious tone.

This year’s parade had marchers dedicated to Julia de Burgos, a Puerto Rican poet who was born a century ago. In-addition, to de Burgos the parade also had marchers carrying banners with a loud message calling for the release of Oscar López Rivera; Rivera is the former leader of a radical Puerto Rican independence group who has been kept in federal prison since the 1980s.

So if you missed this cultural event honoring the music, the dancing, and the people of Puerto Rico be sure to capture the 58th parade next year! 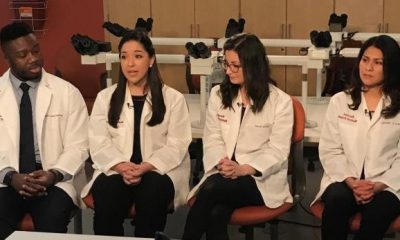