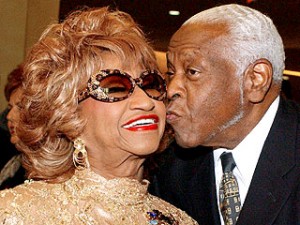 Celia Cruz (born Úrsula Hilaria Celia de la Caridad Cruz Alfonso on October 21, 1925 – July 16, 2003) was a Havana, Cuba born salsa singer, and was one of the most successful Salsa performers of the 20th century, with twenty-three gold albums to her name. She was renowned internationally as the “Queen of Salsa” as well as “La Guarachera de Cuba”.

She spent most of her career living in New Jersey, and working in the United States and several Latin American countries.

Celia Cobo of Billboard Magazine once said “Cruz is indisputably the best known and most influential female figure in the history of Cuban music.” Cruz once said in an interview “If I had a chance I wouldn’t have been singing and dancing, I would be a teacher just like my dad wanted me to be”