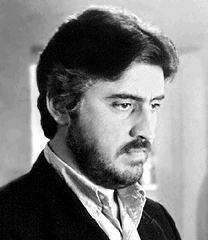 Alfred Molina (born 24 May 1953) is a British actor. He first came to public attention in the UK for his supporting role in the 1987 film Prick Up Your Ears. He is well known for his roles in Raiders of the Lost Ark, Spider-Man 2, Species, Not Without My Daughter, Chocolat, Frida, Steamboy, The Hoax, The Da Vinci Code, Little Traitor, An Education and The Sorcerer’s Apprentice. Molina was born Alfredo Molina in Paddington, London. His father, Esteban, was a Spaniard from Madrid who worked as a waiter and chauffeur, while his mother, Giovanna, was an Italian house-keeper who cleaned rooms in a hotel and worked as a cook. Molina grew up in a working class neighbourhood in Notting Hill that was inhabited by many other immigrant families.He decided to become an actor after seeing Spartacus at the age of nine, and attended the Guildhall School of Music and Drama.