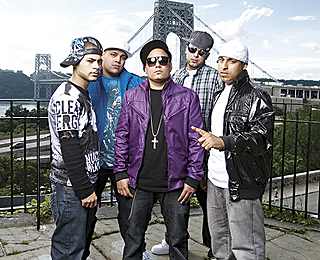 Bachata Heightz, from Washington Heights in New York, is releasing their first single under the Venemusic banner. Venemusic announced the signing of the group into their family. On June 3rd, 2014, “Dime Por Que” will be available on digital platforms. The song, which is sung by Jay Heightz and written by Chino, will include a collaboration with Velody, a Puerto Rican talent that much is expected from.

Bachata Heightz, who made a name for themselves a decade ago as a group that blended Bachata and Hip Hop is now ready to take their place once more among the elite in Latin music. They have been very active and have made alot of appearances all over the United States. The song will be seen on the platforms listed below.