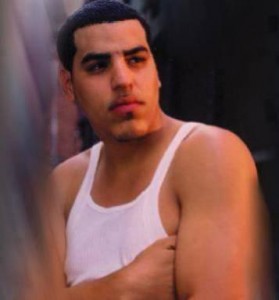 mun2, the fastest growing Hispanic cable network in the U.S., invites you to tune in to the next episode of the network’s new adrenaline-pumping, fast-paced series “RPM MIAMI” to catch a glimpse of guitarist and producer Lenny Santos of Bachata band Aventura, who will be debuting on mun2’s first-ever dramatic series with “novela” roots. Lenny’s cameo appearance on RPM MIAMI premieres Sunday, May 22 at 10 p.m. ET/PT.

The bilingual production features some of the freshest Latino faces, and cameos by accomplished artists in the Latino music scene who exemplify young Latino American’s lifestyle as their characters try to make something of themselves by day and cope with threats from the real underground racing scene by night. Visit www.mun2.tv/rpm for a sneak peek of the series’ fourth episode featuring recording artists Frankie J and Lenny of Aventura.