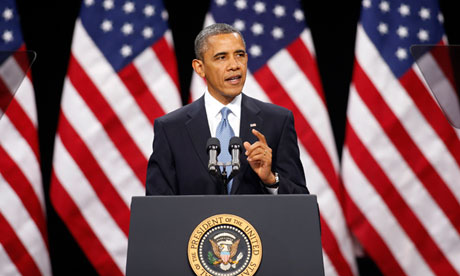 Three months ago, President Barack Obama announced his executive order regarding immigration reform in this country and while it appeared as a victory for millions of immigrants—who were also worried it wouldn’t go through—it seemed that the plans proposed by the president would eventually go through. Going so far as to tell opponents that if they attempted to block his plans, President Obama’s stern advice to his opponents was seemingly overlooked since they have made the first attempt to block immigration reform.

Since deciding to block the executive action, the Judge Hanen has enabled 26 states to move forward with a lawsuit aiming to completely stop the President’s executive action. According to the lawsuit the President is not only abusing his power but also harming states with his order.

The lawsuit claims that the President is violating the use of his executive power in-accordance with the constitution, also the lawsuit states that the president’s executive action will force states to spend more of their funding for education, healthcare, and law enforcement if his order does go through.

In-response to the judge’s ruling, the White House released a statement stating that the executive action made by the President falls under his legal authority. And because his orders are deemed fitting his authority, the Justice Department is expected to appeal Judge Hanen’s order. The president himself said so as well.

“The law is on our side and history is on our side,” said President Obama, in his oval office to reporters about Hanen’s decision, “We will be prepared to implement this fully as soon as the legal issues get resolved.”

Complying with Hanen’s orders, the president said that he and the administration will comply and forego accepting applications from immigrants seeking deportation relief and work permits for the time being.

“New York City will continue to defend, advocate and organize for the inclusion of immigrants already in our communities, who have proven to be an incredibly positive force for our economy and culture.”

“We are fully confident that the President’s administrative relief will become reality. Judge Hanen’s misguided ruling will only temporarily delay the implementation of these relief programs.”

Much like Choi’s statement there is hope that the President’s executive action will go through, but sadly it’ll take some more fighting. And like Mark-Viverito it is tiring how the opposition continues to waste valuable time and resources combating on decisions already made purely because it goes against their warped observation of what this country should stand for.

Instead of helping the country, Republicans and anti-immigration members continue to do the one thing they accuse our president of doing: harming this country.

The executive action would have also helped immigrant children who were brought into this country at a young age and grew up here. Under an expansion of a 2012 program which offered immigrants deportation relief, an estimated 270,000 people would have been allowed to apply for work visas which would have permitted them to stay. It was this aspect of the executive action that was to begin today.

If It Bleeds, It Leads: How Fear-Based Media Is Causing Stress, Depression & Anxiety