Alpo Martinez: Where is the Infamous Harlem Drug Kingpin?

Alpo Martinez: Where is the Infamous Harlem Drug Kingpin? 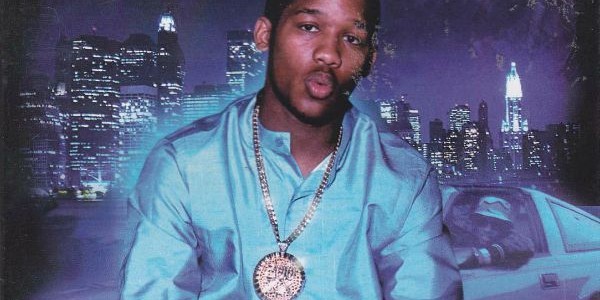 Alberto “Alpo” Martinez is a name that most will not know, however if you happen to be a New York City resident or are a history enthusiast with a preference on the War on Drugs plight within the United States of America then you may have heard of his name as the legend, the myth, as one of the Drug Kingpins of Harlem.

However, like all popular Drug Kingpins–like El Chapo–who earn themselves a recognizable legacy the empire they’ve built tends to fall as does the legend who sits upon it.

But whatever became of Alpo?

For the last 25 years, Alpo has been believed to have been a resident of ADX Florence which is a federal supermax prison located in Fremont County, Colorado serving a 35-year sentence for 14 counts of homicide. However, according to those who are connected to Alpo that is no longer the case.

It is rumored that for the past few years Alpo has been out of prison, but the last place you may ever see him is back in New York City.

Back in the mid-1980s, during the early days of when the USA began its quest to combat drug-trafficking into the country in what has become known as the War on Drugs a 13-year-old Puerto Rican boy named Alberto Martinez—Alpo to those on the streets—rose in prominence within Harlem as a Drug Kingpin.

With a drug trade that consisted of transporting hundreds of kilos of crack-cocaine through various parts of New York City, other Northeast cities, and most noticeably Washington D.C.—where he lived during the last few days of his drug empire—Alpo became somewhat a street legend due to his dangerous lifestyle. Alpo’s life was eventually adapted into a 2002 movie entitled Paid in Full that starred rapper Cam’ron as Alpo.

“He brought attention to himself. He was charismatic and outgoing. He had a party always going on around him and people gravitated to him,” remembers Kevin Chiles, a former Harlem drug dealer who knew Alpo, in a recent interview with Vice magazine back in 2015 where he disclosed that Alpo is no longer in prison.

While he was a legend for flashing his millionaire wealth with expensive cars, clothes, and jewelry, Alpo was also widely known for committing several murders during his drug kingpin reign.

In the 1990s, Alpo was involved in several murders that made him notorious. However, there was one murder that would begin the dismantling of both his drug empire and his legacy.

On January 3, 1990, Alpo and an accomplice murdered Rich Porter who was Alpo’s one time friend and actually sold drugs with when teenagers. It was Alpo murdering Porter that led those who once revered him to turn their backs on him.

“Rich’s death had a huge impact on Harlem. The timing couldn’t have been worse,” said Chiles, “Richard was in the middle of negotiating the release of his 12-year-old brother, Donnell, who had been kidnapped and was being held for $500,000 ransom. Rich was killed, and then a few days later the body of his little brother was found in the same vicinity.”

While the death of Porter dented Alpo’s reputation, the silver bullet that would destroy his legacy would come after Alpo choose to testify against his former enforcer. Before an open court, Alpo turned on his former Washington D.C. enforcer in order to avoid serving a life sentence for the murders he had been arrested for committing.

After breaking the street law of snitching, Alpo was to serve as reduce sentence of 35 years for 14 counts of murder. However back in September of 2015, according to Don Diva magazine—a magazine developed by Chiles in prison that is devoted to the drug underworld and New York City street life—Alpo has been out of prison for the last few years.

Despite being rumored to being out of prison, the chances of Alpo returning to New York City is very slim.

“ I am most certain that Alpo won’t come back to New York. He knows he has a bullseye on him. That situation with Rich left Harlem scarred and people have strong feelings about it,” said Chiles, talking about the possibility of Alpo returning to NYC. “I could see a younger dude, on the come-up, try to make a name for themselves by taking Alpo out. They would be instantly infamous. I’m sure these are things he should be considering.”

So, where is Alpo Martinez? That is a question that may not be answered.

How to Flirt, According to Science

It looks like breakdancing will be added to the 2024 Olympics

Victor Rivera was homeless, today he runs a social service group that feeds the needy