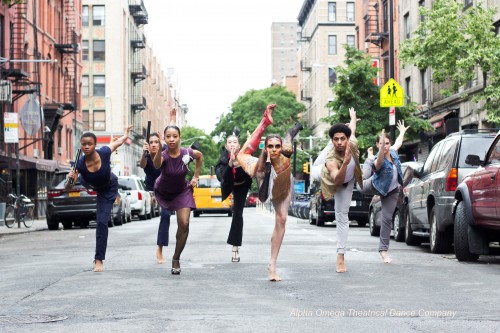 On Saturday, July 30th on 70th East 4th Street,  the Alpha Omega Theatrical Dance Company will have a grand opening.

Alpha Omega has been providing a platform for dancers and choreographers of color to showcase their love of the art for over 44 years. However, since 1972, the dance company did not have its own studio, until now. Thanks to new leadership under its new Artistic Director Enrique Cruz DeJesus, the company was able to raise over $ 4 million dollars towards having its own building.

We use to rent space from different locations. We were a struggling organization that tried to do good for the community, for kids and we are a professional dance company,” said DeJesus.

After joining the Fourth Art Block, a 13 organization art coalition, the different members were able to set aside seven buildings for their different programs.

We did an average of two to three fundraisers a year, we wrote grants to the Department of Cultural Affairs, Rosie Mendez, Margarita Lopez, and the Mayor’s Office,” he adds.

At the new studio, choreographers will teach salsa, Argentine tango, and musical theater. Wellness classes include yoga and pilates. There will be educational classes for kids and teens. There will also be something for adults that want to become professional dancers too.

Thirty years ago, before DeJesus became the artistic director of Alpha Omega he was just a young man that was encouraged to go to one of their dance classes by a friend.

I was a short order cook working at a restaurant, the Bonfire Grill in Forest Hills, and my friend named Lamont was a dancer,” says DeJesus.

After joining dance classes with Lamont, DeJesus knew that he was meant to be a dancer. Since that first dance class, he has been in shows like “Jesus Christ Super Star, ” and toured in “Dreamgirls.” As a choreographer, he has created over 60 pieces. He was even nominated for a Drama Desk award.

DeJesus and his dance company will continue to make waves this summer by closing out the first ever Jamaica Dance Festival in Rufus King Park on August 13th. The festival is free and open to the public.

Naeisha Rose is a freelance multimedia journalist living in Queens, New York. She is also a recent graduate of the CUNY Graduate School of Journalism, where she specialized in Arts & Culture reporting and Broadcast. You can follow her on Twitter: @NKRose3.

AIMEE CARRERO: VOICE OF A MODERN-DAY LATINA PRINCESS
Tiesto Brings John Legend with him to Santo Domingo in ‘Summer Nights’ Video
Translate »
%d bloggers like this: