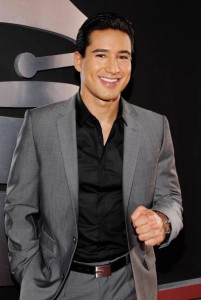 Mario Lopez, Jr. (born October 10, 1973) is an American actor who has appeared on several television series, in films, and on Broadway. He is best-known for his portrayal of the character A.C. Slater on Saved By The Bell. He has appeared in numerous projects since, including the 2006-2007 season of Dancing with the Stars and as a celebrity guest host for the syndicated entertainment news magazine show Extra. He currently hosts America’s Best Dance Crew, for MTV.

Mario Lopez is of Mexican descent and was born in San Diego, the son of Elvia, a telephone clerk, and Mario Lopez, Sr., who worked for the municipality of National City. Lopez was a high school wrestler. He graduated from Chula Vista High School in 1991.