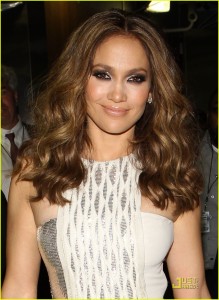 Jennifer Lynn Lopez (born July 24, 1969), often nicknamed J.Lo, is an American actress, singer, record producer, dancer, fashion designer and television producer. She is the richest person of Latin American descent in Hollywood according to Forbes, and the most influential Hispanic entertainer in the U.S. according to People en Español‘s list of “100 Most Influential Hispanics”.

Lopez began her career as a dancer on the television comedy program In Living Color. She subsequently ventured into acting and gained recognition in the 1995 action-thriller Money Train. Lopez’s first leading role was in the biographical film Selena (1997), in which she earned an ALMA Award for Outstanding Actress. She earned her second ALMA Award for her performance in the 1998 film Out of Sight. She then starred in the romantic comedies such as The Wedding Planner (2001) and Maid in Manhattan (2002). Lopez had bigger commercial successes with Shall We Dance? (2004) and Monster-in-Law (2005).

On November 7, 2007, the last night of her “En Concierto” tour, Lopez confirmed she was expecting her first child with husband Marc. The announcement ended months of speculation over the pregnancy. Her father later confirmed on February 5, 2008, that she was expecting twins. Lopez gave birth on February 22, 2008 to fraternal twins, a girl and a boy, Emme Maribel Muñiz, and Maximilian “Max” David Muñiz.