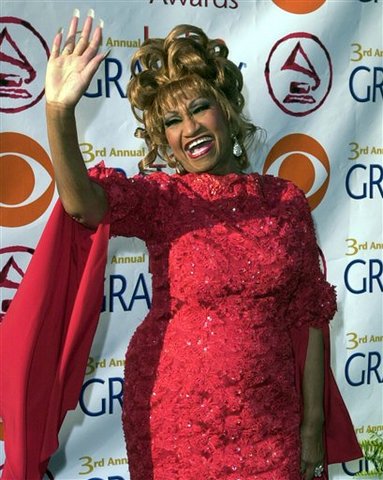 McDonald’s NY Metro announced today the launch of “Celebrando Nuestras Leyendas,” (“Celebrating our Legends”) an annual initiative that will celebrate Hispanic Heritage Month by paying tribute to Latino music legends and cultural icons from September 17 – October 15, 2012. During this exciting month-long program, McDonald’s will highlight its Hispanic customers’ heritage and culture by engaging its guests in a series of fun, surprising, and digital interactive components at its restaurants and website, culminating with a surprise announcement on September 30.

For its inaugural year, McDonald’s will kick-off “Celebrando Nuestras Leyendas” by honoring none other than a true legend: the late Celia Cruz; undeniably one of the best known and influential female figures in Latino music, and an iconic singer. Celia’s life is one that encompassed a story of immigration, and a legendary career in music and entertainment. Her many contributions epitomize the influence that Hispanics have made to American culture and popular music. A Cuban-American and one of the most successful salsa performers of the 20th century, Celia earned twenty-three gold albums and countless awards. She was known as the “Queen of Salsa” as well as “La Guarachera de Cuba,” and due to her international fame was later proclaimed “La Guarachera del Mundo.” Celia’s music touched many lives, regardless of nationalities, and the immeasurable cultural and musical legacy she left behind lives through her lively salsa tunes and her signature ¡Azúcar!

“For McDonald’s, ‘Celebrando Nuestras Leyendas’ is a way to celebrate our valued Hispanic customers’ community and culture during Hispanic Heritage Month,” stated Jessica Meléndez, McDonald’s Regional Marketing Manager for the New York Metro Region. “We are committed to celebrating our diversity and Hispanic Heritage as well as the contributions that Latino legendary figures make to the cultural fiber of our society. Because of her extraordinary trajectory, for McDonald’s, honoring Celia Cruz in the inaugural year of our program is only natural and befitting,” added Meléndez.

“Celebrando Nuestras Leyendas” will include three key phases, starting off by engaging guests through an in-store trayliner showcasing two original Celia Cruz portraits created especially for the program by legendary fashion illustrator Alvaro. “I am proud to be associated with this amazing celebration of legendary pop icon Celia Cruz,” said Alvaro. “To have been asked to design two portraits of Celia, one that captures her younger years and another the legend, a woman who came to be loved and continues to be admired by millions, is a blessing and honor,” added Alvaro.

The trayliners will also feature fun trivia questions about Celia’s life and career, a QR code, and a link to the McDNYTriState website: http://www.mcdonaldsnytristate.com/es/cruz. Consumers who either scan the QR code with their smartphone or type the link on their computers will be able to vote for their favorite portrait of Celia while experiencing other fun interactive elements highlighting her musical career. Through “Celebrando Nuestras Leyendas,” McDonald’s will share with its customers a fun, month-long Latino fiesta to celebrate their heritage while learning more about “La Reina de la Salsa,” enjoying fun surprises, and participating in a stellar culmination that will be later announced. Customers are invited to STAY TUNED on the New York Metro McDonald website www.mcdonaldsnytristate.com/

Each year, Americans observe National Hispanic Heritage Month from September 15 – October 15 by celebrating the histories, cultures, and contributions of American citizens whose ancestors came from Spain, Mexico, the Caribbean, and Central and South America. The observation started in 1968 as Hispanic Heritage Week, and was later expanded to a 30-day period in 1988. The month of September is significant because it is the anniversary of independence of seven Central and South American countries. Also, Columbus Day or Día de la Raza, which is October 12, falls within this 30-day period of Hispanic Heritage Month.