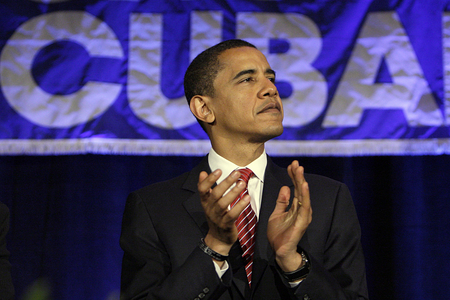 It seems like last week’s the Summit of the Americas event proved useful since it mended 50 years of diplomatic recourse between the United States of America and Cuba. Since the event that brings together the leaders of several countries along the Americas together in a forum to discuss issues that is similarly shared by all, there has been a continued push to improve the rekindling relationship between the country and Cuba.

And the next step to bettering the relationship came as President Barack Obama went before Congress and requested that the removal of Cuba from the U.S. list of state sponsors of terrorism.

For the first time in 50 years, the leader of America and the leader of Cuba came together and discussed bettering the relationship between the two countries at the Summit of the Americas in Panama City held last weekend. One of the issues discussed between President Obama and Raul Castro, the President of Cuba, was the matter of Cuba being placed on the United States Department of State’s list of countries that allegedly have provided support for groups or acts in incidents that are deemed international terrorism. Once on this list, the country faces strict unilateral sanctions that may make international relationships burdensome with other nations in matters of trade and so on.

Cuba was added back to the list in 1982 due to the country allegedly having ties to guerilla groups by providing support, arms, and safe havens to these groups that engage in terroristic operations. However, since then it has been deemed the country now meets requirements to be removed from the list.

“We will continue to have differences with the Cuban government, but our concerns over a wide range of Cuba’s policies and actions fall outside the criteria” said White House Spokesman Josh Earnest on the issue of furthering the continued relationship with Cuba.

Prior to President Obama’s request of removing Cuba from the list, Cuba has pushed for the removal from the list as well. According to the country, Cuba’s inclusion on the list has damaged the country’s attempts at economic development something that is believable considering the sanctions that comes with being placed on the list. And if Obama’s request is accepted the Cuban government will be able to attract foreign investment from no only the U.S. but other countries too. Another aspect of Cuba being removed from the list could lead to the possible opening of embassies in both countries.

While there are pros to removing Cuba from the list, there are sure to be cons from those who do not support the President in his decision to request that Cuba is removed. So far the mere talk of removing Cuba has garnered some discussion on President Obama’s decision being a bad one. For now, a the President’s decision is just a request and will be so until Congress decides on whether or not Cuba can be removed from the list and our relationship with country can be furthered as opposed to being pushed back.